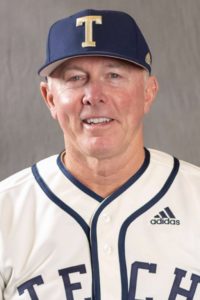 Danny HallHead Coach
Having spent his entire coaching career involved with winning programs, Danny Hall’s tenure at Georgia Tech has been his most successful, as he is the all-time winningest baseball coach in Yellow Jacket history with 854 victories at the school. He has led Tech to the NCAA Tournament on 18 occasions and guided the Yellow Jackets to the College World Series in 1994, 2002 and 2006, the only head coach in the program’s storied history to reach the promised land of Omaha.

A winner in every sense of the word, Hall has been coaching college baseball for 36 years (an both as assistant and head coach) and has never been associated with a program under .500 for a season. He has been part of 1,499 victories and seven trips to the College World Series. 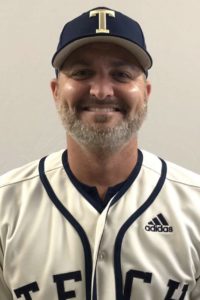 Borrell arrives on The Flats after spending 18 years in the Yankees organization, first for seven years as a left-handed pitcher, then as a pitching coach and eventual pitching coordinator for its farm system. 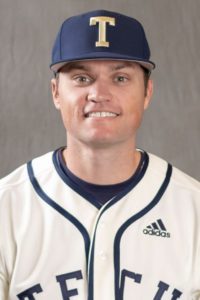 Ramsey joins preseason 17th-ranked Georgia Tech after spending a year with his alma mater on the Florida State baseball coaching staff as an assistant. 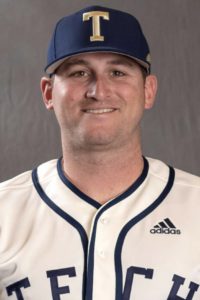 Dan JaffeAssistant Coach
Jaffe joined the Yellow Jackets after more than six years on the scouting trail and as an elite catching instructor across the country and made an immediately impact behind the plate. Tech blasted back on the national scene in 2019, winning 43 games, a program-record 10-straight series and nine-straight Atlantic Coast Conference series, and capped it by being named the No. 3 National Seed and the host of the 2019 NCAA Atlanta Regional. Under Jaffe’s tutelage, Georgia Tech continued to be “Catcher U” as Kyle McCann transformed into one of the top catchers in the country and a finalist for the Johnny Bench/Buster Posey Award in 2019.

Nick SchererDir. of Opperations
Nick Scherer is in his 11th year as the director of baseball operations for the Georgia Tech program after playing four years for the Yellow Jackets and head coach Danny Hall from 2004-07.

In his current role, Scherer is responsible for coordinating the Yellow Jackets’ travel plans, equipment management and clubhouse operations in addition to assisting in alumni relations and marketing for the Georgia Tech baseball team. Scherer also serves as the director for the Danny Hall Baseball Camps.

A catcher that provided depth behind the plate during his tenure, Scherer was a leader in the locker room and served as the primary catcher for Tech starter Eddie Burns in 2007. Scherer played in 47 games from 2005-07 after receiving a redshirt in 2004. He was a product of the highly-touted East Cobb Baseball program and a member of the East Cobb Yankees summer team that captured the Connie Mack World Series titles in 2001 and 2003.